Lecker Piraten!! Pirata Nhac! Alle Tiders Bitte!
I've been a bit quiet. My original plan to blog once a week has gone awry. But it was the summer holidays. I had a lot to do. Some book covers. An enormous jigsaw. An off-putting five-year-old who spent too much time in my doodling room. And we went on holiday to Cardigan Bay.

But when we arrived home from our sunny Welsh holiday I had a card from UPS, and after one of those funny automated calls, they delivered a surprise package from my publisher, Templar....

Five foreign editions of 'The Pirate Cruncher'!! Oo-aRR!! (With little post-it notes so I know which one is which!) 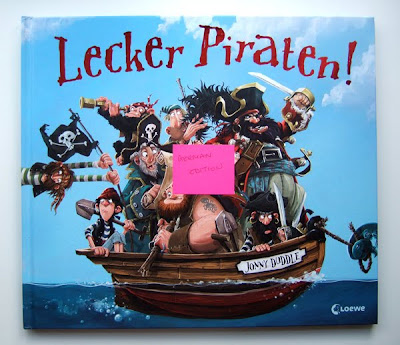 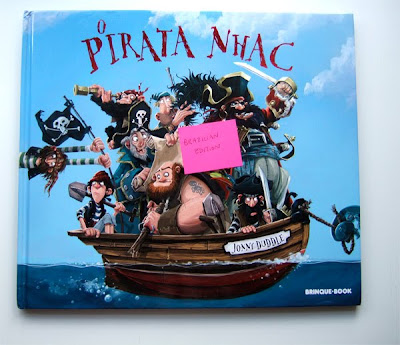 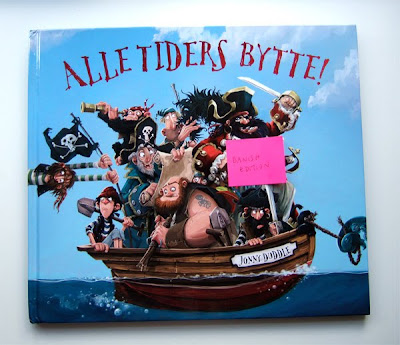 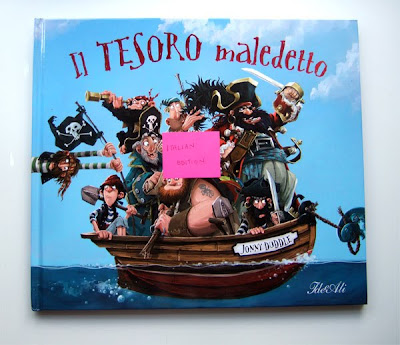 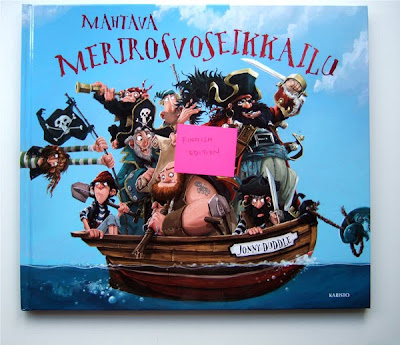 So now the UK, US and Oz editions have been joined by Danish, Finnish, Italian, German and Brazilian editions. I'm struggling to get my head around the fact that a little boy, or girl, could be leafing through my silly pirate story in a sunny suburb of Rio de Janiero. It's just weeeeeeird!!But very very exciting!

And soon I shall be able to talk all pirate-y in six different languages. Yup. Or "Achtung, Monster!" as they say in Germany.
Posted by jonny duddle at 2:42 pm 8 comments: