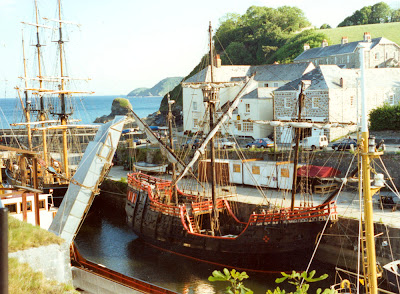 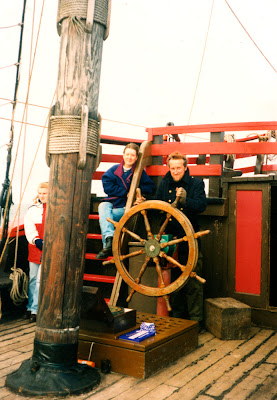 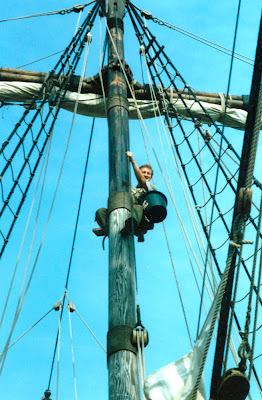 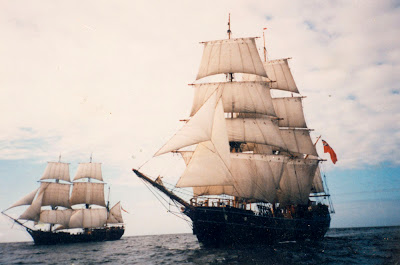 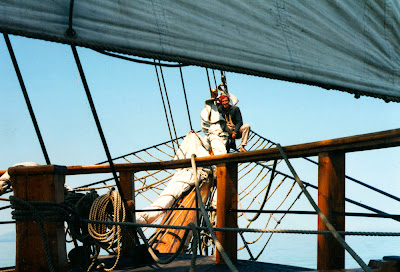 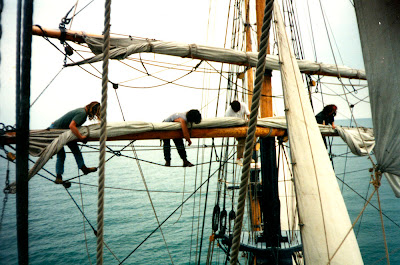 Here's what it looks like 'aloft' whilst 'furling' sails. Before I worked on the ships I wasn't too keen on heights, but after a few weeks I loved climbing the rigging, and often took my camera up with me to take snaps. "Look, no hands!" I'd say and all the proper pirates would 'tut' and tell me to get on with some furling, to stop colouring in and eat some meat. 'Eat Yer Greens!' I'd say, because pirates would've been much healthier and less prone to scurvy if they'd eaten more fruit, eaten less goat's heads, drank less rum and visited their dentist once in a while.
Posted by jonny duddle at 12:59 pm